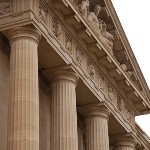 Executive Branch
WhiteHouse.gov is the official web site for the White House and President Barack Obama, the 44th President of the United States. This site is a source for information about the President, White House news and policies, White House history, and the federal government.

Library of Congress
The Library of Congress is the nation’s oldest federal cultural institution, and it serves as the research arm of Congress. It is also the largest library in the world, with more than 120 million items. The collections include books, sound recordings, motion pictures, photographs, maps, and manuscripts.

The Law Offices of John Danielski is in Taylor, Michigan, and serves people living throughout southeast Michigan, including Wayne, Monroe, Washtenaw, Macomb, and Oakland counties. Contact us by filling out the form on this website, or call us at 734-284-9399 (local) or 866-249-3561 (toll-free) to set up a free divorce lawyer initial consultation.